Another sunny day on Trusty’s Hill, it’s just like digging in the Algarve! It was quite a busy day on site with the folks in trench 4 exposing the vitrified rampart on the east side of the fort and those hard-working folk in trench 5 (where I was digging) exposing the vitrified rampart on the east side. The collapsed rubble probably from an internal wall was also uncovered in trench 4 which corresponds with the findings from Charles Thomas’s dig in 1960. The rubble from the collapsed stones from the vitrified rampart in this trench also produced an iron nail head, which is the first evidence of metalwork to be found on site. Trench 5 produced a small, polished pebble with three circular peck marks on its surface and several small fragments of burnt animal bone. Progress has been really good which is great because we have had quite a few visitors to the site including a reporter from the Galloway Gazette. Maureen 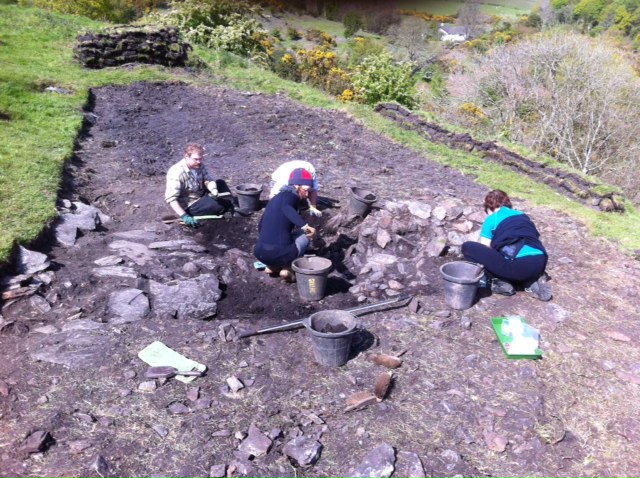