The Galloway Picts Project got underway in April and May 2012 with the archaeological survey of the vitrified fort on Trusty’s Hill by the Royal Commission for Ancient and Historical Monuments in Scotland (RCAHMS). This was necessary preparation for the subsequent excavation of the fort, to allow accurate recording of the trenches and the features, such as the vitrified ramparts themselves, encountered during the excavation. RCAHMS survey of the fort produced two outcomes: 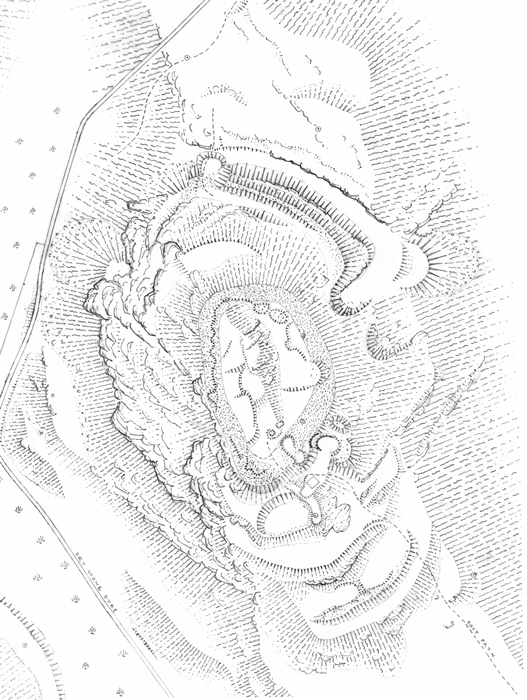 The plan was created using a plane-table (a drawing board set on a tripod) and a self-reducing alidade (a telescopic instrument that measures the direction and distance to a point of interest). Once the plane-table and alidade were set up, archaeological features were plotted onto polyester film and translated into depictions of ramparts, ditches, etc by the surveyor. The 3D model was created in specialised software by using thousands of height values across the hill that were recorded using Global Positioning Survey (GPS) equipment. A scan of the scale drawing was then draped over the model, allowing it to be viewed from different angles and distances, a process that has the advantage of enabling the user to see the interpretation provided by the scale drawing combined with the actual topography of the site.

Find out more about RCAHMS Survey and Recording: http://www.rcahms.gov.uk/survey-and-recording.html