Specialist analysis of the Pictish Inscription is currently ongoing but in advance of the results of this analysis, several observations can be made following the cleaning and laser scan survey of the inscribed stone by the Centre for Digital Documentation and Visualisation LLP. 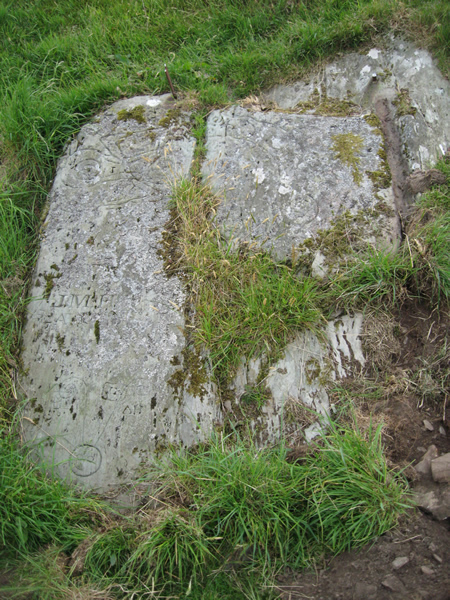 Pictish Inscribed Stone prior to cleaning. 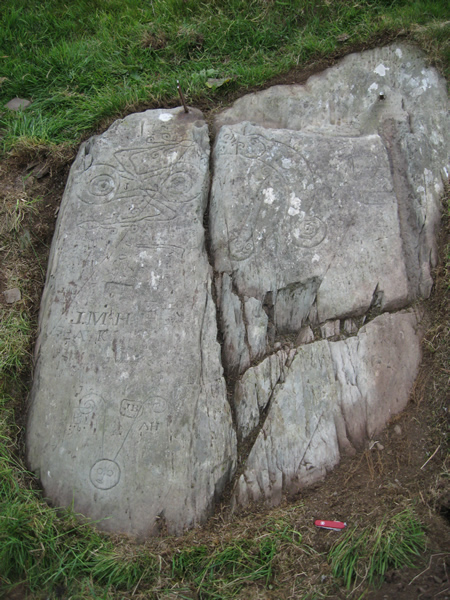 First and foremost, no ogham was apparent along the southern edge of the inscribed stone. Nor was the cup-mark above the ‘sea-beast’ apparent. This must cast doubt upon the credibility of the previous laser scan survey. However, it should be noted that the 2012 laser scan confirms that the z-rod and double disc symbol do not interweave as previously depicted, but intercut each other across the lower bar of the double disc. Furthermore, the horned head, in the bottom left hand corner of the stone, clearly cuts one of the inscribed signatures, demonstrating that the horned head is not ancient, but must have been carved after this nineteenth century graffiti, and is just another element of the nineteenth century graffiti only too evident across the rest of the carved stone. 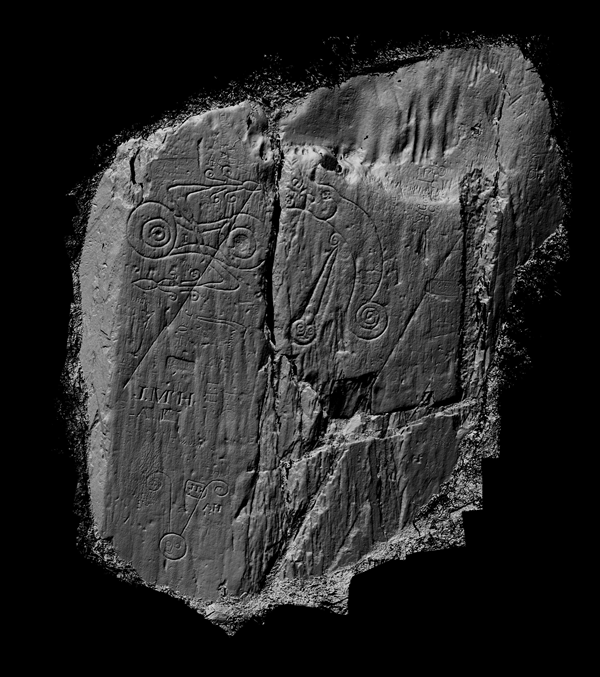 2012 Laser Scan Survey of Inscribed Symbols at Trusty’s Hill. Copyright of the Dumfriesshire and Galloway Natural History and Antiquarian Society.