The summary results of the excavation of Trusty’s Hill was published recently in the latest volume of the Transactions of the Dumfriesshire and Galloway Natural History and Antiquarian Society (Volume 87, 2013). This report is intended simply as an interim report, in advance of a book reporting the full analyses and results, to be published by Oxbow Books next year. But it sets out a summary of the findings from the 2012 fieldwork, in particular why we think there is now a compelling case for locating the core of the elusive kingdom of Rheged in Galloway. This is based on the accumulating archaeological evidence emerging from Galloway for a kingdom without an historical record in a blank part of the map of Dark Age  Britain, where Rheged, an historical kingdom without an archaeological record, has long been considered but never proven to be somewhere located. Offprint copies of this summary report are being distributed to the many volunteers and supporters who helped the Galloway Picts Project recover so much archaeological evidence.

If you can’t get hold of the latest volume of the Transactions, then tune into S4C at 20:25 on Wednesday 10 September, where the case is made (in English!) on the Darn Bach o Hanes programme examining Yr Hen Ogledd (The Old North). 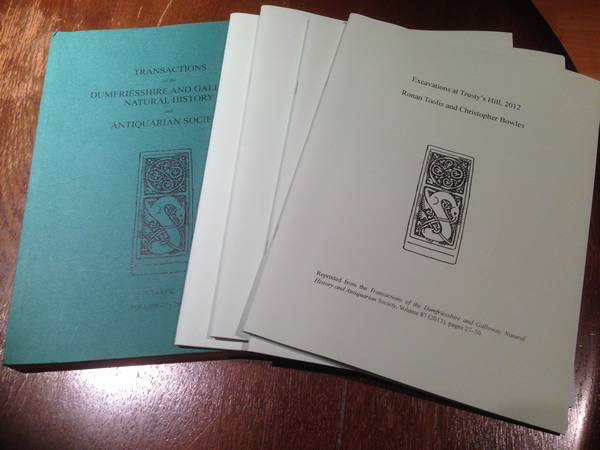 Hard copies of Transactions of the Dumfriesshire and Galloway Natural History and Antiquarian Society (Volume 87, 2013)