In preparing the Discover Dark Age Galloway leaflet, GUARD Archaeology’s Graphics Officer created a reconstruction illustration of Trusty’s Hill, as it might have looked in its heyday during the late sixth century AD. While there is of course a bit of conjecture involved, the point of this illustration is to give non-archaeologists an idea of what the site may have originally looked like. It might also help visitors to the site better understand what the various lumps and bumps on the ground actually represent. 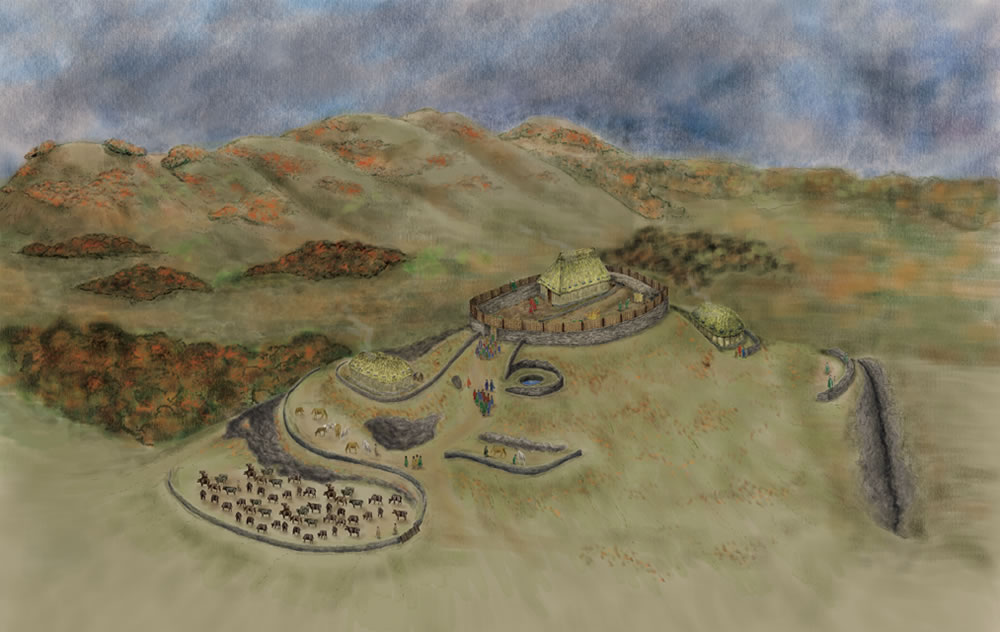