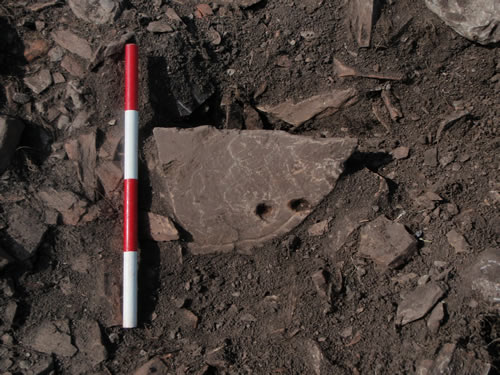 This pock-marked stone poking out of the rubble collapse of the rampart on the west side of Trusty’s Hill turned out to be an anvil stone, one of a number of finds examined during specialist post-excavation analysis that demonstrate that iron metalworking was carried out here back in the sixth century AD.

The early ironworking process can be split into two basic stages; smelting and blacksmithing. Smelting involves heating ore in a furnace to produce a bloom of iron, while the blacksmith heats and hammers the iron into an artefact. Smelting slag was recovered from the occupation deposits on the east side of the summit of Trusty’s Hill. Its amorphous shape suggests it was raked out of the furnace whilst still hot and soft, rather than being left to accumulate in the base.

Small magnetic flakes of hammerscale become dislodged from the iron’s surface during the hammering and as such are diagnostic of blacksmithing. Trusty’s Hill produced very small quantities of hammerscale but with no obvious concentration indicating the focus of activity.

As is normal for ironworking assemblages, many of the pieces are small and fragmentary iron slag, but a quantity was recovered from the eastern side of the hill.

Though the ironworking assemblage from Trusty’s Hill was small (but then only a relatively small area – c. 1% – of the site was excavated), it provides a valuable glimpse of craft activity during the early medieval period, and demonstrates that repeated blacksmithing as well as smelting (which is much rarer amongst early medieval sites) took place here. 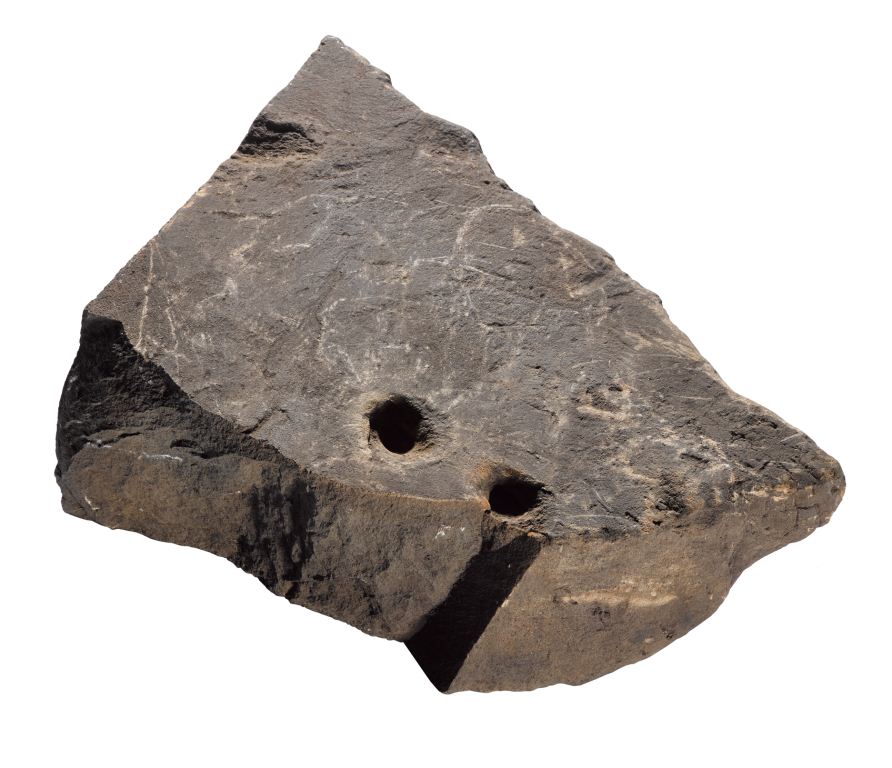