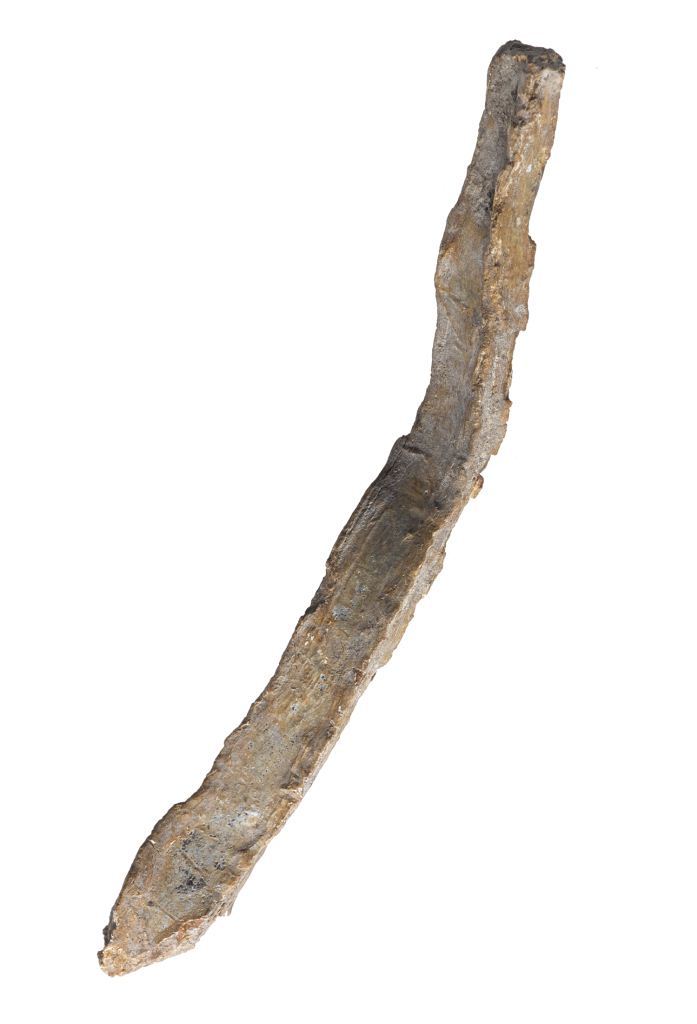 One of the apparently more mundane artefacts recovered from the summit of Trusty’s Hill was a small lead bar. Some hammer-marks are visible on the surface from shaping it. This was probably an ingot of raw material for use in the production of leaded bronze metalwork at the workshop here.

The lead ingot was subjected to lead isotope analysis to assess where the lead originated. As the diagram below shows, the lead bar from Trusty’s Hill plots very close to the lead isotope signature from lead beads recovered from the Iron Age promontory fort at Carghidown in the Machars of Galloway, as well as lead from the lead hills in the southern uplands of Scotland. Furthermore, seen in comparison with the lead isotope plots from two fragments of Iron Age / Early Medieval lead slag from Cass ny Hawin on the Isle of Man, the results demonstrate the likelihood of a southern uplands origin for the lead used in the Trusty’s Hill lead ingot. 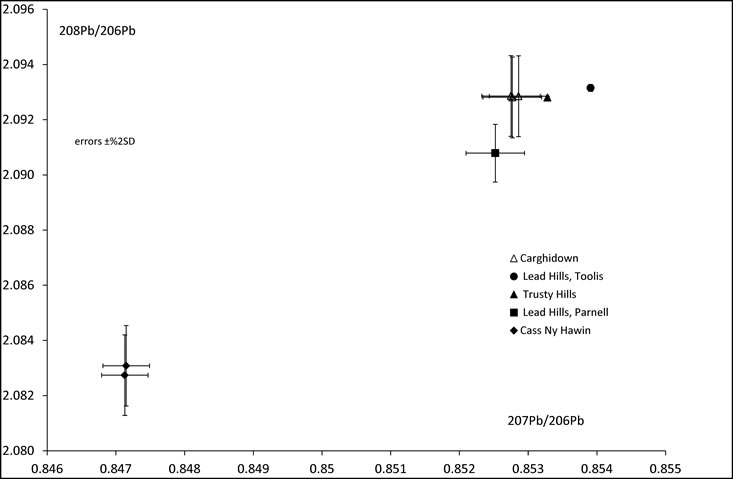 What this evidence indicates is that local communities were mining lead from the southern uplands of Scotland in the pre-Roman Iron Age and the post-Roman periods (ie entirely independent of the Romans). The lead ingot from Trusty’s Hill also indicates that organised lead mining somewhere in the southern uplands was linked, either by direct control or through trade or patronage, to the household at Trusty’s Hill. The production of a lead ingot implies either an agreed standard of weight or size, or a ‘to order’ quantity of lead to form a stock of raw material, for the production of leaded bronze objects. A similar process is also likely for other raw materials brought to this site.