Alongside the evidence for ironworking, there was a variety of debris associated with non-ferrous metalworking recovered from Trusty’s Hill. XRF analysis of crucible fragments demonstrate that copper, tin, lead and silver were worked. It is notable that a high proportion of the crucibles show a combination of copper, tin and lead, suggesting the production of leaded bronze objects. The very small size of the crucibles indicates that it was very fine objects that were being created. This is supported by the identification of gold and silver on a heating-tray fragment, and three clay mould fragments. These yielded traces of copper, zinc and lead indicating that all three had been used to cast copper-alloy objects. Most likely these were pins and jewellery given the comparisons one can draw between the Trusty’s Hill clay moulds and clay moulds from other sites like the Mote of Mark and Dunadd.

This evidence for the production of fine metalwork, and not simply the mending of objects, is particularly significant to understanding the status of the inhabitants of Trusty’s Hill around AD 600. By instigating and controlling craft production, the inhabitants here had the power of patronage. Early medieval Scotland was a non-monetary economy so the control of production of high status objects was used to tie individuals into wider socio-political relations. In other words, a chieftain or king who could produce fine objects could attract and gather a large following of clients, who in return for his largesse owed him service. With the increased martial power that might come with a larger following of armed supporters and clients, a leader might acquire more resources with which to attract further clients and followers. 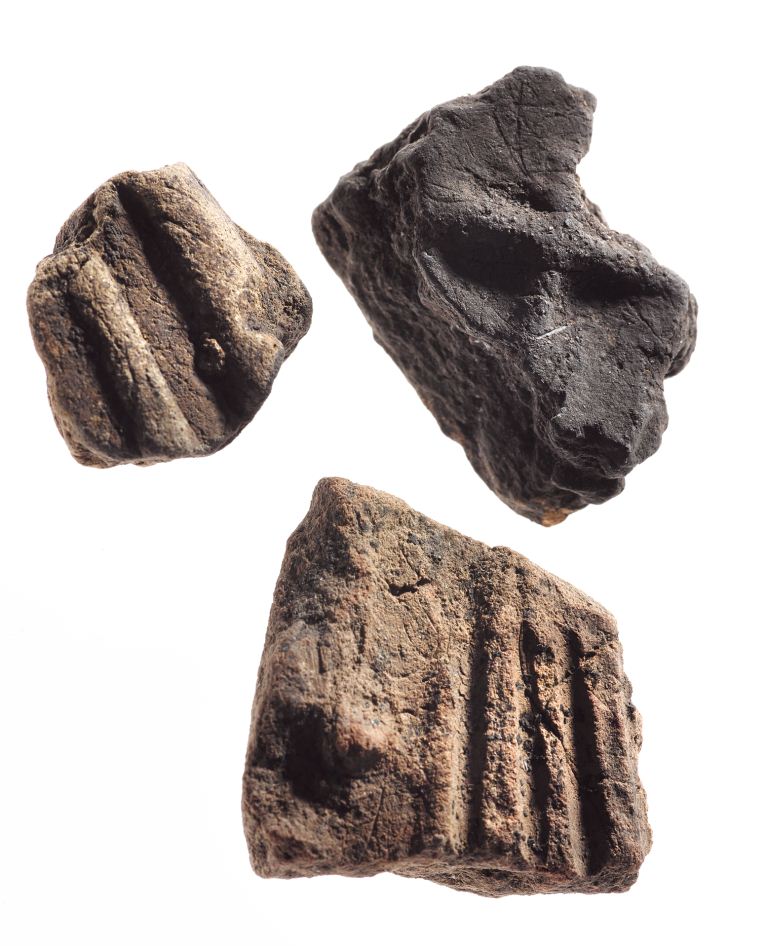