There are a number of events about the key sites of Dark Age Galloway going on during September (Scottish Archaeology Month) this year.

This Sunday (1 September), National Trust for Scotland Archaeologist, Derek Alexander, is taking a guided tour around Mote of Mark, near Rockcliffe. Mote of Mark is a particularly interesting site and was the fortified home and workshop of a mastersmith of high status during the same period when Trusty’s Hill was occupied. Excavated on a number of occasions during the twentieth century, Mote of Mark has yielded one of the largest assemblages in Britain of continental imports from the sixth and early seventh centuries AD. Check out the details for this guided walk.

On Saturday 14 September, the annual Whithorn Lecture is being held in Whithorn Primary School and this year concerns the Early Christian period exploring Whithorn’s connections around the Irish Sea. Check out the details for this lecture: http://www.archaeologyscotland.org.uk/events/early-medieval-whithorn-irish-sea-context
Finally, later on during Scottish Archaeology Month, on Saturday 21 September, there is another guided walk around Trusty’s Hill, organised and led by some of the volunteer guides trained earlier this year. Setting out from the centre of Gatehouse at 2pm, this is an opportunity for anyone who missed the guided walk earlier this summer. Check out the details for this guided walk: http://www.archaeologyscotland.org.uk/events/walk-trustys-hill-gatehouse-fleet 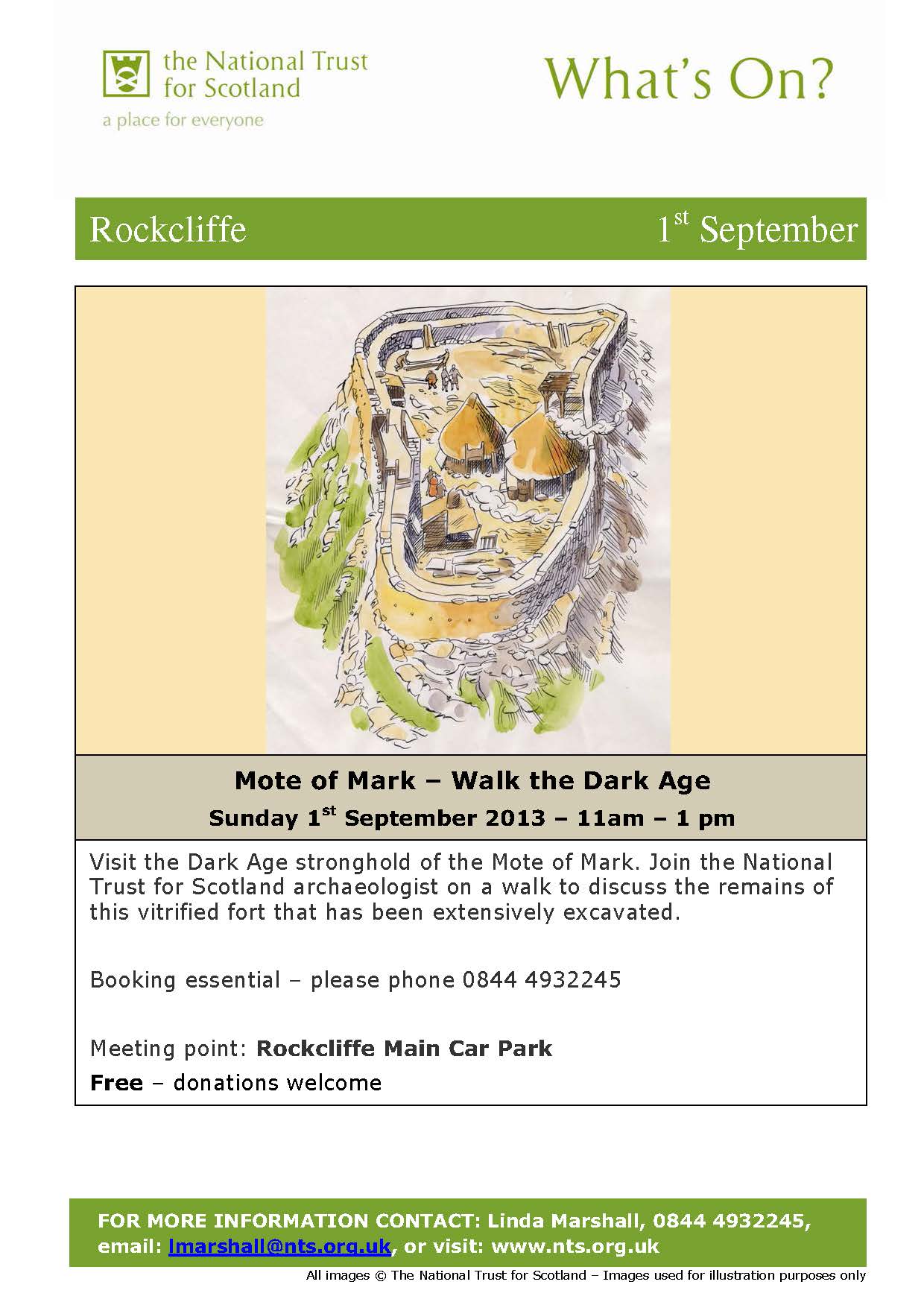