Day 5 of the Galloway Picts Project. The hottest day yet. And one of the most exciting. Excavation of Trench 5 across the western rampart of the fort produced a pottery sherd, that looks like part of the rim of a bowl, and which may be African Red Slip Ware. This type of pottery came from Carthage and dates to the sixth century AD. It is very rare in British, let alone Scottish Dark Age sites, the early Christian monasteries at Whithorn and Iona being the only other Scottish sites we can think of. It not only indicates that Trusty’s Hill was inhabited at the same time as when one would expect the Pictish Carvings to have been made (ie 5th-7th centuries AD) but it means that very high status people in post-Roman Scotland lived here. It’s early days but perhaps we might be discovering the evidence to show that Trusty’s Hill was a stronghold of the Dark Age Kings of Galloway. 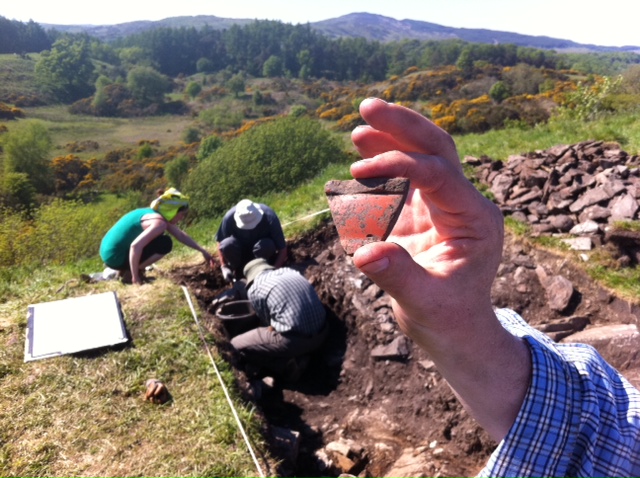